I have overcome the world


There’s a story of a preacher at Hyde Park Corner who’s being heckled. The preacher is trying to talk about the benefits of being a Christian, when someone from the crowd shouts out, “There have been two thousand years of Christianity and look at the world!” Quick as a flash, the preacher shouts back, “And there have been two billion years of water and look at the state of your neck!”
The point being made is this: it’s not that Christianity has been tried and found wanting but, rather, Christianity has been tried and found difficult. And therefore not enough people actually live their Christianity. They give us par do a half-hearted job of it.
It’s been a long, hard and complicated week—so hard that those of us who live the Christian life will have been called to sacrificial service in order to mend the brokenness of the lives of people around us. We’ve seen the shooting in Orlando that killed 49 gay people and injured maybe 200 others, killed by someone who hated people different from himself. Perhaps as many as 6000 people drowned in the Mediterranean this week alone, because they were escaping extremism and those seeking to impose violence, religion, and the countless intolerable ideologies. People we know are sick, in despair, or maybe just down. We’ve finally had the result of a mega-referendum after months of opinionated and unpleasant debate. The world will never be the same. Our country will never the same. Our own lives will never be the same. And then the other questions: the politicians can’t all have been right; some of the medics have got things wrong; friends voted the wrong way. To whom do we trust? What’s the future? To whom do we turn?
Today’s readings are therefore peculiarly relevant because they show us Jesus describing a response. It starts with the disciples asking if they should draw down fire on the sinners and those living nearby: people whose opinions differed from theirs and other people whose actions have caused real, genuine pain. So we need to see what Jesus actually says.
The Gospel reading tells us through Jesus that all Christian life that is genuine is lived as a life of service. A life that is Christian will inevitably respond to need, and will respond automatically. It thinks of others and seeks to heal, restore and bring comfort. A Christian life is therefore a life lived out of the comfort zone, because (if nothing else) it’s rare that we actually know from whence we will next receive a call for love and the traits of Christianity that make us salt and light in a broken world.
At the same time, sacrifice lies at the heart of any life seeking to live a relevant Christianity. As Jesus says in today’s Gospel, ‘Foxes have holes, and birds of the air have nests; but the Son of Man has nowhere to lay his head.’ Of course he doesn’t, because one night he’s in the hospital comforting the ill, and the next he’s in someone’s house comforting someone who voted the other way in the EU referendum. The disciples of Christ are always called sideways, this way and that way, because they care and because their lives show the love that comes from God. It’s infinitely costly and that’s why it makes such a life different.
Weeks like this week will, I hope, make us think closely — analytically, counting the cost like an accountant of the faith — about what we will and won’t do for HIS sake. We’ll ask questions about commitment and what we do and don’t believe. We will of course need to prioritise — the total commitment of Jesus is gracious and would never suggest otherwise. When we get it right, such a life will always put God first. We may be tempted to selfishness, but we won’t be the first. As it says in the Gospel just now, one of them said ‘I will follow you, Lord; but let me first say farewell to those at my home’ to which Jesus said replied, ‘No one who puts a hand to the plough and looks back is fit for the kingdom of God.’
You see, the Christian service we offer is a vocation. Yesterday, I attended the ordinations at the Cathedral. I saw many people, old and young, male and female, making commitments to service. It was awesome and huge. And half way through the service is a sentence that always gets me right here. It says, ‘You cannot bear the weight of this calling in your own strength, but only by the grace and power of God.’ That’s what this morning’s second reading is talking about. God himself empowers our vocation, whatever it is, in order to make us an engine for healing and change. He wants to give all of us the necessary skills of love and joy and peace. With this God-skilled means of intervention, God himself equips us to heal the broken 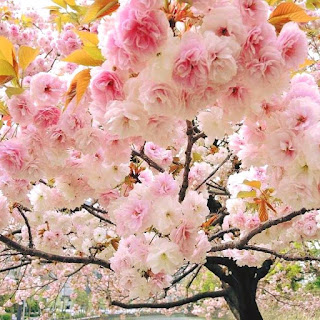 hearted. He will give us the patience and kindness we’ll need — and we will need them — as well as the thankfulness and the other positive traits of personality that are intended to heal and build up, and build community.

God gives us these, the fruits of the Holy Spirit, in direct proportion to our desire to change and heal our bits of the world. He wants us to mend people. He wants us to be wholly his. (Actually, if all of us were indeed altogether his, there would have been no shootings, no deaths in the Mediterranean, no need for a referendum — but now these things have happened, God Himself invites us as his servants to do nothing less than bring about his Kingdom.)
We are the people of God, Christians, Jesus people. People will shout at us, “There have been two thousand years of Christianity and look at the world!” We could shout back a clever response, saying, “There have been two billion years of water and look at your neck!” or we could simply live a life characterised by sacrificial faith and love. In dark times like these, we are called to live lives of service and love. We are mandated to give of ourselves to the uttermost. Not a problem, as God will always give us His Infinite Spirit and thereby enable our service to a hurting world. As Jesus said, ‘In this world you will have trouble. But take heart! I have overcome the world.’
And first and foremost, he lives that overcoming in and through us.
Posted by Revd_Paul_Monk at 06:25