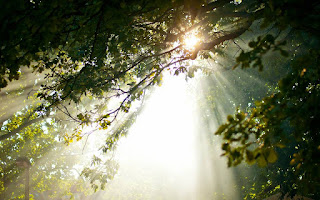 All Saints’ Day is a principal feast of the Christian year and occurs on 1 November. It honours all the saints of the Church, both known and unknown. Some denominations call it The Day of All the Saints, the Solemnity of All Saints, or Feast of All Saints. Past centuries generally called it All Hallows, following the old word for holiness ‘Hallowed’; which also explains why Shakespeare called the day ‘Hallowmas’.
We can trace the origins of All Saints to the earliest years of the Church. The first Christians recalled the anniversary of a martyr’s death at the site of their martyrdom. By the fourth century, neighbouring dioceses began to interchange feasts, to transfer and divide relics, and to join in a common feast.

The persecution of Diocletian created so many more martyrs that it became impractical to celebrate each with a unique saint’s day. Nevertheless, the Church felt that each and every martyr should be venerated, so appointed a day in common for all of them. We first see the first traces of this practice in Antioch, where they celebrated the Saints on the first Sunday after Pentecost.

But All Saints’ Day has been observed on various days in different places. For example, between the fifth and seventh centuries, the Church celebrated ‘All Saints and holy martyrs’ on 13 May. The practice of celebrating of All Saints on its current date of 1 November goes back to Pope Gregory III (731–741) who decreed special prayers for ‘the holy apostles and of all saints, martyrs and confessors, of all the just made perfect who are at rest throughout the world’.
Churches in Britain were celebrating All Saints on 1 November before the eight century, possibly to coincide (and thence replace) the Celtic festival of the dead, Samhain.
The Protestant Church retained All Saints as a festival even after the Reformation, but changed its emphases. Many Protestants regard all Christians as saints so, if they follow All Saints Day at all, they use it to remember all Christians both past and present. It is held, not only to remember the Saints who have formally been proclaimed a saint, but to remember all those who have died who were members of the local church congregation. Such commemorations can look very much like our own celebration of All Souls’ Day.
Like most of the great Christian festivals, the day before All Saints was used as a time of spiritual preparation. Its observance was most widespread in the Middle Ages, which is why it was usually called ‘All Hallows Eve’ — which, if said quickly, slurs into ‘Halloween’.
Like most medieval festivals, All Saints Day was characterised by special events and rites. Folk went from door to door begging to mimic the holy poverty of the saints. The beggar also offered prayers for the souls of the deceased in exchange for this food or money. Many church-people deplored the practice, which explains why the character of Speed in Shakespeare’s Two Gentlemen of Verona is so rude when he thinks his master is behaving ‘like a beggar at Hallowmas’.
The second major practice of All Hallows’ Eve was to say special prayers that protect the house from the powers of darkness: prin cipally the devil, of course, but also the spirits of babies in limbo. In practices, this often involved lighting candles in the graveyard. These practices ensured a good celebration of All Saints because they bound the evil spirits that would otherwise disrupt the cele brations.
Many misunderstandings and distortions over the years corrupted these practices, so we now ‘trick and treat’ on Halloween and celebrate the powers of darkness rather than seeking protection from them.

Almighty God,
you have knit together your elect in one communion and fellowship in the mystical body of your Son Christ our Lord:
grant us grace so to follow your blessèd saints in all virtuous and godly living that we may come to those inexpressible joys that you prepared for those who truly love you; through Jesus Christ your Son our Lord, who is alive and reigns with you, in the unity of the Holy Spirit, one God,
now and for ever.
Amen.