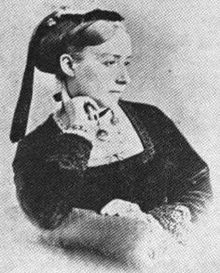 Mary Sumner was born in 1828, in Swinton near Salford into a wealthy and cultured family. She was the third of four children. Her father was a banker and keen amateur historian while her mother was a woman of great personal piety who saw her calling as bringing up her children according to Scripture.
The family moved to Colwall near Ledbury, Herefordshire, in 1832. Her mother was soon leading Scripture meetings for local mothers. The latest member of the family died about a year after they arrived in Herefordshire aged only six weeks, which made a lasting impression on Mary.
Mary was educated privately at home, where she became an accomplished singer and learned three foreign languages. Years later, she said that what she valued most about her family home was its Christian atmosphere. 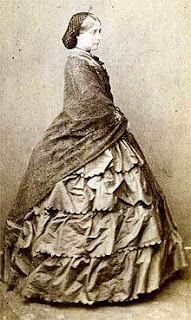 To complete her musical learning, she travelled with her mother and elder sister to Rome. While there, Mary met her future husband, George Sumner, the son of the Bishop of Winchester and a relative of William Wilberforce. They wed in 1848 and completed 61 years of married life.
George became an Anglican Vicar 18 months after the wedding and became a Vicar in Hampshire in 1851. Mary followed her mother’s example by dedicating herself to raising her children and helping her husband in his ministry by providing music and Bible classes.
Years later in 1876, Mary’s eldest daughter Margaret gave birth, which brought back memories of her own sense of burden when becoming a mother. Mary decided that a new organisation was needed in the parish so she organised a meeting of local mothers to offer mutual support — and the first branch of the Mothers’ Union had begun. This plan was deemed quite radical as it involved calling women of all social classes to support one another and to see motherhood as a profession as important as those of men, if not more so.
The first meeting was held in the Rectory, but Mary was so nervous that her husband had to speak for her and invite the women to return next week. Mary gathered sufficient courage to speak at this second meeting.
This first incarnation of the Mothers’ Union was limited to her family’s parish and it might have remained merely a local experiment except that a few years later, in 1885, Mary was part of a Church audience at the nearby Portsmouth Church Congress. The Bishop of Newcastle had been asked to address the women churchgoers but felt that he had very little to say to women and invited Mary to speak in his place. Although she was again nervous, she gave a passionate address about national morality and ‘the importance of women’s vocation as mothers to change the nation for the better’. She declared the Mothers’ Union (then) motto, ‘Those that rock the cradle rule the world’. She also called for a Mothers’ Union prayer. A number of the women present went back to their parishes to found their own mothers’ meetings following Mary’s pattern. Soon afterwards, the Bishop of Winchester made the Mothers’ Union a diocesan organisation. The idea caught took hold: by 1909, the Mothers’ Union was Britain’s largest voluntary organisation for women.
Mary died on 11 August 1921 at the age of 92 and was buried with her husband (who died 12 years before) outside Winchester Cathedral.
Mary Sumner was a woman of deep faith with a heart for prayer and a quiet determination to make a difference in the lives of others. Her faith and resolve to follow God’s call to make a difference to families and society, laid the foundations for today’s worldwide movement. One of its most endearing features was the way its membership cut across all social classes. God’s love is for all.