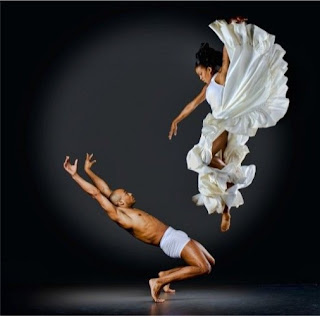 The Bible mentions angels fairly often. In the Middle East when the Bible was being written, it was thought that God was so holy that he chose not to let himself be ‘tainted’ by physical things such as our physical world. He therefore created angels tact them as go-betweens. That’s why the word ‘angel’ is actually Greek for ‘messenger’.


A second common theme in the Bible is the way angels act as God’s representatives, offering help and protection. There are vast numbers of references of this type. Perhaps the classic New Testament verse here involves Jesus warning us not to harm children; he says, “See that you despise not one of these little ones; for I say to you that their angels in Heaven always see the face of My Father in Heaven” (Matthew 18:10).
Thirdly, God made many different kinds (or ‘orders’) of angels just as an army has different grades of officer from Lieutenant through to General. St Paul points to this idea in his letter to the Greek Church in Colossi, in which he says, “In him [Jesus] all things were created: things in heaven and on earth, visible and invisible, whether thrones or powers or rulers or authorities; all things have been created through him and for him’ (Colossians 1:16) or again, Christ is raised up ‘above all principality, and power, and virtue, and dominion’ (Ephesians 1:21).
In this thinking, there were nine different grades of angel. The least important of these angels were called just ‘angels’. Next were the archangels, of which there are four in the Bible and Apocrypha: Gabriel, Michael, Uriel and Raphael. (The actual term archangel itself only occurs in St Jude and 1 Thessalonians 4:15.)
Contrary to popular conceptions, the Bible never mentions an angel having wings. The classical image of a heavenly being with wings
occurs in Isaiah 6, when a seraph flies before the prophet:
In the year that King Uzziah died, I saw the Lord, high and exalted, seated on a throne; and the train of his robe filled the temple. Above him were seraphim, each with six wings: with two wings they covered their faces, with two they covered their feet, and with two they were flying. And they were calling to one another: ‘Holy, holy, holy is the Lord Almighty; the whole earth is full of his glory.’ At the sound of their voices the doorposts and thresholds shook and the temple was filled with smoke (Isaiah 6:1–4).
Posted by Revd_Paul_Monk at 11:31