It’s been a month characterised by variety. I’ve worked in a great many Churches during this past month. I’ve led services of baptism, wedding, funeral; some of the services were Eucharist, and many weren’t. I’ve attended and led prayer meetings. I’ve also led services in the Crematorium, nursing homes, and in people’s living rooms. I’ve led long services and short services, services in which there were only two of us and services with hundreds present. In every case, I’ve been struck by the ways in which every service was different. But I’ve been struck even more by what remains the same. 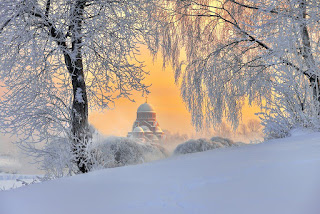 During any formal service, those participating explicitly seek to come before God and then enter his presence. We do so because the service is for Him and seeks to tell Him why.


We enter the presence of God in order to put right anything that is wrong. Commonly, we think of sins and the actions which harmed others. It’s important to realise that we also harm God insofar as we ignore Him, and pretend He doesn't matter.


And we enter the presence of God in order to understand more about Him. As we know God better, we will find that He becomes bigger, wiser, and more loving. We will also sense that our attitudes to God change with time: we prepare before worship and we aim to give Him more of our attention during the formal act of worship.


Those of us who attend (or lead) services often will find that constant repetition of words and phrases acts something like a hammer drill: they are forced deep into the sub-conscious parts of the mind where they become more readily available than before. Having the words stored in the sub-conscious also has the effect of giving the words more meaning, more depth.
Posted by Revd_Paul_Monk at 06:56