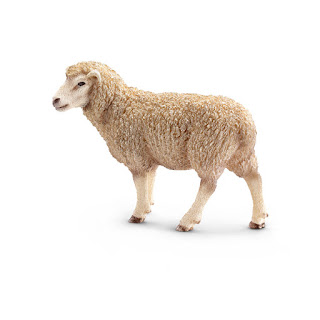 Today is Good Friday and we’re talking about the passion of Jesus.
The word ‘passion’ ultimately comes from an ancient Latin root patior, which means ‘to suffer’. That word itself may itself come from the Greek pathos. By the Middle Ages, this Latin word had become passionem which itself fed into medieval French. By the late twelfth century, there was a new French word passion, which meant the sufferings of Christ. That’s why in most European languages, Easter is called something like ‘pasch’.
Later, the sense of the word ‘passion’ extended to include the sufferings of the martyrs and thence suffering in general. By the early thirteenth century, the word was being used to mean ‘a strong emotion or desire’—think of the phrase, ‘passionate embrace’.
In our thinking about the Passion, we will be using the word within the sense of Jesus’ suffering and death.
The season of Passiontide started nearly a fortnight ago on Passion Sunday. It marked a change of liturgical gear: we stopped looking at renunciation and introspection, and start looking at the public events of the first Holy Week: Jesus enters Jerusalem, cleanses the Temple, teaches and heals. We think of the private or more intimate events: the Last Supper with its New Commandment. And we think of the passion itself: Gethsemane, the show trial; the crucifixion and suffering on a Cross, and death.
The passion of Christ started the day before the Passover; and his crucifixion and death occurred on the day of Passover itself. It’s appropriate that Jesus died on the day of the Passover because the whole point of the Passover was atoning for sin. To the Jews of Jesus’ day, Passover was first a remembrance of Moses leading the chosen people from slavery in Egypt, but it soon led to a sense of a spiritual new start and spiritual release. It was about escaping the slavery of sin. On the day of Passover, the High Priest prayed that the sins of the people would transfer to a lamb without defect or blemish — ‘the lamb of God that takes away the sins of the people’.
Jesus engineered the date of his own judicial murder to coincide with the Passover. He wanted to emphasise (in case we’d missed the point) that he was the new Lamb of God. He was taking our sins. He was enabling our forgiveness.
As we come before the Cross this Good Friday, we first think of our sins that Jesus took and then (in our mind’s eye) we transfer them onto Jesus. Note how they transfer from us to him. Note that with our sins in his soul, we are made sinless, forgiven, enabled to start afresh. The lamb of God has taken our sins.
Posted by Revd_Paul_Monk at 09:20